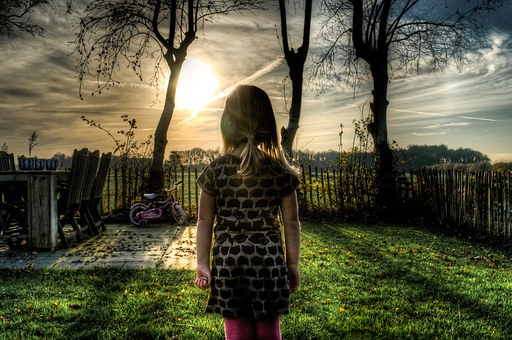 On more than one occasion this week I have had the thought that the world is regressing and not progressing. One occasion was when a senator declared that women shouldn’t play rugby that’s it’s a game more suited to men. I sighed. Another was when a controversial young man returned home after being released from a prison to what seemed like a hero’s welcome? I sighed. The most recent incident was when I watched a television show where a guest remarked that a convicted paedophile deserves compassion and sympathy.  I didn’t sigh.

Our history of child protection is this country is laughable. In the 18th century children were kidnapped and sold to America, considered a valuable commodity. Orphans who found themselves in Industrial schools were abused. The long term crimes that happened within the Catholic Church have been well publicised. The fact that there are 3000 homeless children in the country speaks volumes.

Perhaps I shouldn’t have been shocked all those things considered. Still I wanted to jump down the tube and shake the man speaking to within an inch of his life. The man in question being the notorious Eamonn Dunphy. Not a stranger to being controversial but usually with regards to sporting events which don’t register on my list of things to take seriously.

The subject was the sentencing of Tom Humphries, a former Irish Times journalist, who was sentenced to two-and-a-half years in prison for grooming a teenage girl and sexually abusing her. Dunphy passed comment that the man’s life is essentially over and that he’ll never work again.

‘he has to live with the shame’.

I wanted to scream at the television…… and your point is? Humphries groomed a fourteen year old child over months and months eventually leading to sexual encounters. He deserves to carry that shame and in my opinion deserves to spend more than two-and-a-half years in prison.

Over a three month period he sent that child 16000 text messages after getting her number through a third party. To put that another way that’s just under 200 text messages a day! This wasn’t a lapse in judgement. This was a premeditated, consistent, persistent and predatory hunting of a young girl to satisfy his needs.

The smell of privilege was stifling as I listened to people talk about that man. If this was Billy from Darndale on the dole there would be no such concern for the perpetrator of the crime. The judge spent more time talking about the effects this was going to have on the convict than on the poor girl who had to live through this ordeal.

I cannot fathom how the judge went into a room to make her decision and her mind wandered towards the criminal and not the child.

His life mattered more because he had a greater social standing?

I can’t say that without seething in anger. Our children have been wronged for so long but it doesn’t seem to be stopping anytime soon. Not when you see results like these coming through the courts. Our children deserved better, they deserve better and I hope the sentence is repealed to highlight the injustice of what has just occurred.